A woman has been murdered in the district of Nihonbashi, Tokyo and newly transferred detective Kyoichiro Kaga of the Tokyo Police Department has been assigned to the team investigating the murder. As new mysteries pop up every day, nearly all the people in the district become a suspect. Detective Kaga must unravel all the mysteries bit by bit before he can get to the heart of the murder. Will his experience be enough to catch the murderer?

I fell in love with Higashino after reading Malice and this is my second stint with the writer. My expectations were quite high and he met them to an extent. Newcomer stands out due to the fact that almost every chapter is a mini-mystery on its own; there is ample build up till Kaga solves the mystery in the end, to clear each suspect. There are a lot of characters and foreseeing the possible confusion of the reader, the author has given a character list at the beginning of the book. If it was’nt for the list, I would have been so lost, what with Japanese names being so confusing.

Throughout the book, Higashino has portrayed some interesting relationships between the characters, as is the case between mother-in-law and daughter-in-law Maki Yanagisawa and Suzue Yanagisawa, who are at each other’s throats all the time. Such characters and relationships help to not confine the book to just a thriller. While Kaga’s character as the newcomer has been well-sketched, a lot was left unsaid. Higashino leaves Kaga as a mystery –he does not say anything about his background or for that matter his present life. He is just this new detective in town who has made extreme efforts to know the place and happen to be there where you least expect him. His deduction skills are top notch, but a reader needs more than just the obvious in a detective.

Higashino has established himself as a master story teller with books like The Devotion of Suspect X, so his writing needs no special mention. His ability to weave suspense with his words is one of the reasons why people love his work. The same is evident in Newcomer as well. However, the last few chapters did not have the same level of suspense the beginning of the book put forth. It grew monotonous and I was not too satisfied with the ending.

Newcomer by Keigo Higashino is different in its narrative and offers more than just your average thriller. However, the main storyline could have been much better. The book gives us yet another skilful detective, but we are not told much about him. The book could have been a masterpiece but failed on certain levels. I would recommend it if you are into thrillers and is looking for something different.

PS: I received a copy of the book from the publisher in exchange for an honest and unbiased review. 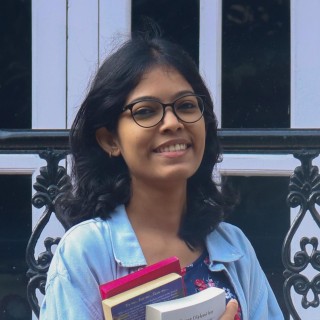